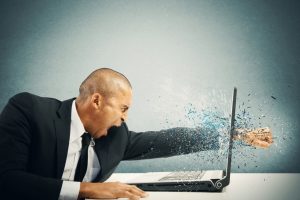 Lot of books have been written and talks have been given on anger management. Why not have courses till the MBA level on managing anger? Many of us feel it is just about controlling yourself in a certain situation or just express it when required. So why talk about managing something that is of no value at all? Why attach so much value in terms of emotions and energy to something like anger which is not even a quality!

A jeetendriya purush is someone who has complete control over his own nerves and an opposite case would be of someone who would easily get angry and displeased over smallest things. This displeasure results in anger ; simply an ‘imbalance of mind’. A child might behave in that manner but when a grown up does not use this minimal intelligence required he becomes a victim to his own ignorance. Why do we create such displeased moments in the first place and then we work at attaining to solve such shortcomings in our own being.

What part in us gets angry? The body, the mind or the heart? It is our very  own ego, which gets touched the wrong way at anything which is not pleasurable or outside our expectations or response syndrome. And the hurt or pain is not deep at times and very deep sometimes. Sometimes we are fine if others hurt us and not our family, to many it is strangers who hurt and family members saying unpleasant things is normal. To each one his own perception, perception of the “other” and perception of the situation. This is always fine, it is that which hurts. But it is actually this that contains anger within, the other just acts as a mirror.

A person who is capable of anger is a powerful person who is capable of rising to the highest level with his power. But such power deviated towards such an imbalance of mind, is power gone waste. We see that example in a wrestling match, in a war like situation, in wild sports like death bike racing and samurai where the same intensity is applied in a different manner. A strong anahata or heart is capable of immense love and immense anger. When same anger flows in the form of love, that’s the ultimate balance and brings great peace all around you. But you cannot have your energy in a situation where your country is at war or someone is trying to rape your daughter. Anger in those situations is not only rightful but also fruitful. Many people express themselves best only in anger and are not able to bring out the true self and true power through any other emotions. Such people also need to balance their remaining rasas and other chakras to become balanced.

Happiness comes where there is no greed, anger and where everyone is working towards a bigger common goal of spreading happiness all around. Control is a big word here! And it basically involves transfer and conversion of a negative energy into a positive one. Such control requires breaking your karmas and dwelling in a higher state of consciousness. And that state of awareness or consciousness comes by going within, touching your base, the core of your being. Be in touch with your inner self and the discovery will be a different you who is indestructible, unaffected by anything , totally calm and contained. 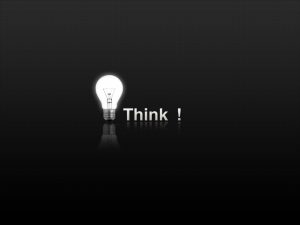 I am, Therefore I think

END_OF_DOCUMENT_TOKEN_TO_BE_REPLACED 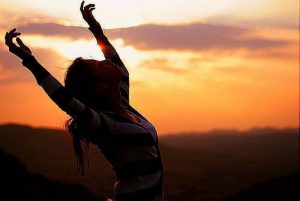 0Comments
Mind is like a kaleidoscope. Too many colors, too many ...